WIRES is dedicated to the protection and preservation of native animals. We provide wildlife information and education to the community nationally and we’re licenced to rescue and care for wildlife in NSW. All native animals are protected species.

WIRES mission is to actively rehabilitate and preserve Australian wildlife and inspire others to do the same.

Horrific unrelenting fires continue to decimate NSW during one of the worst droughts in history. During the catastrophic fires, lives have been lost, hundreds of homes have been lost, over 4 million hectares of land has been destroyed and dozens of fires are still burning.

We need urgent assistance to help with these unprecedented emergencies. To help rescue wildlife please generously today.It is impossible to estimate the number of native animals that have perished or how many more will be lost in the fires, or to predict the impact that dire food and water shortages, as well as habitat loss caused by the fires and drought, will have on wild populations.

In December alone WIRES 1300 line received over 20,000 calls and volunteers attended over 3,300 rescues. Large areas of NSW and South East Queensland have been experiencing severe flying-fox starvation and dehydration events linked to the drought, this combined with heat stress emergency events over recent weeks, has already led to the loss of thousands of flying-foxes.

With species such as Koalas and Grey-headed Flying-foxes already listed as vulnerable to extinction, the additional loss of life caused by emergencies like the fires and drought is even more devastating.This koala, Kenny, was rescued from the Bilpin fires and came into WIRES care in the early hours of Sunday morning 22nd December.

WIRES is regularly requested to provide wildlife training for other organisations and professionals working with wildlife. WIRES also offers an extensive wildlife educational service to the community through our rescue office, website, social media platforms, talks to schools and community events.

END_OF_DOCUMENT_TOKEN_TO_BE_REPLACED 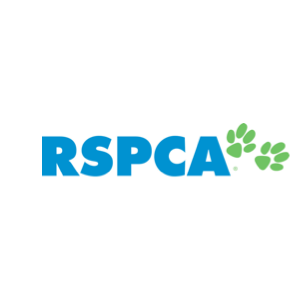 RSPCA Australia is the federal body of the eight autonomous state and territory Australian member Societies. RSPCA Australia works with its members in establishing national policies and positions on animal welfare, as well as working with both government and industry on national animal welfare issues.
Visit Page

The Koala Hospital established in 1973 is an activity of the Koala Conservation Australia Incorporated - a Not-for-Profit Organisation which is recognised world-wide as a peak body which participates in forums for debate on significant policy issues and plays a significant leadership role in research, providing advice and information to Universities and Governments regulating change.
Visit Page