WILDCARE is licensed by the Department of Environment and Heritage Protection (EHP) in Queensland and holds a Group Rehabilitation Permit. This Permit allows WILDCARE to endorse its Group Permit to members who have completed necessary training to care for sick, injured and orphaned wildlife for the purposes of rehabilitating them and returning them back to the wild.

Wildlife rehabilitation involves providing care for sick, injured and orphaned native animals so as to ensure that they have the best chance of survival when released back into their native habitat. It also includes assisting wildlife when they become displaced or are found in dangerous situations. Wildlife rehabilitation is a fast growing industry in Australia, with a rapidly expanding knowledge base and ever-improving professional standards.

The organisation was originally formed as the Australian Koala Hospital Association Incorporated in late 1993 by Dr Jonathon Hanger. It became an Incorporated Association and registered charity in 1994 and is listed on the Register of Environmental Organisations.

In June 1996 after the government strongly urged the wildlife carers in its group NAVOS (Native Animal Volunteer Service) to become independent, three wildlife carers (Eleanor Hanger, Gail Gipp and Sharon White) decided to form their own volunteer carer’s wildlife rescue operation called “WILDCARE”. They started a 24-hour wildlife emergency telephone service in South-east Queensland. The geographical area covered rapidly expanded, reaching from the NSW border, west to Boonah and north to the Logan River. A group ‘umbrella’ rescue permit was issued by the Queensland Parks and Wildlife Service enabling current registered Wildcare rehabilitators to be able to rescue and rehabilitate sick, injured and orphaned native animals for release back into natural habitat. Both Eleanor and Gail are still actively involved in WILDCARE.

In 2008 the members of the organisation elected to formally change its name to Wildcare Australia Inc.

The aims and objectives of Wildcare Australia Inc are to:-

END_OF_DOCUMENT_TOKEN_TO_BE_REPLACED

Our veterinary hospitals provide emergency and specialist services to pets in need. We will work with you and your regular veterinarian to find the best treatment option for your pet and look forward to welcoming you to one of our eight clinics across Australia.
Visit Page 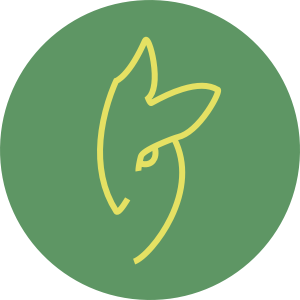 A non-profit Registered Charity dedicated to the treatment and care of wildlife, particularly our native animals. The organisation is rescuing animals found in the fire area and need your help.
Visit Page